So… while scrolling Facebook, I came across a post via My Love For Cooking (she’s kind of adorable) that had me all aflutter. It was about Childhood Memory Foods, in essence.

I have to confess I didn’t read the whole thing because I became super-distracted by the food memories swirling through my head. I realized I had to chronicle them STAT. Hopefully the topic will get you equally fired up… and, I realize your own food memories won’t be easily contained to the comments so… if you’re so inspired… write a bit about your own food memories, and let’s have a little linky party!

Use whatever format you like. There are a million posts out there (I prefer the ones on Stepcase Lifehack) on the fact that perfect is the enemy of done. Search and read them. I realize that every single item on my list of 12 memory foods is worthy of a full post, and I could have allowed that to derail this post and this thought process. Instead, I’m giving you snippets on each one. That means that you are reading this post right now, instead of it dwelling in my list of blog ideas. Perhaps I’ll go back and elaborate at some point, but… for now, done is better than perfect. That’s why they aren’t in any particular order or with any particular rhyme or reason.

In fact, this is all pretty all over the board. Enjoy, and share your own food memories, won’t you please?
1. Christmas Eve Swiss Cheese Fondue. Mom has made this as long as I can remember. I can picture the tattered cookbook it hails from. My sister hates it. I realized with this recipe (because Mom pointed it out about a decade+ ago) I’m not great at precisely following directions on recipes. What? “Stir constantly” is BORING and little details like white nutmeg and rubbing the fondue pot with real garlic are… ok, essential.
2. Skillet Fried Potatoes. In 1997, I found myself in the Foyer International des Étudiants in Dijon, France. I chose it specifically because it was apartment-style living (I’d have to navigate things like transportation and buying groceries without the overly-kind help of a host family practicing English on me and trying to make things easy). Nothing could have prepared me, and learning to cook by basically scalding 20 batches of potatoes with the dubious support of the Asian exchange students as we all attempted to employ French and food as our common languages… it’s something I’ll never forget and cannot describe here. 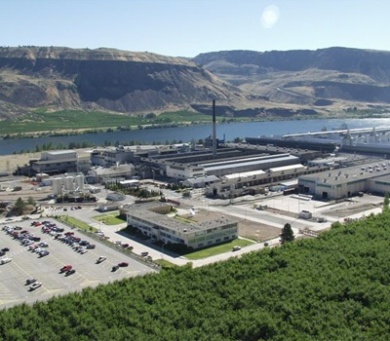 3. Gordon’s Egg Salad Sandwiches. In high school and college, I worked in the Alcoa program for children of employees at the plant in Malaga, Washington. That’s all a post for another time and another space. Because work often started well before 7a, we were all ravenous and considered 11a (10:45a) a totally normal time for lunch. Gordon in the cafeteria knew I was essentially an uninformed, fledgling vegetarian (pesco-lacto) at 18, and he liked my Dad and apparently took pity on me. He knew I loved his egg salad sandwiches, and I still believe he is the only person who understands how to make them correctly. Toast the bread, sliced tomatoes, egg salad with salt, pepper, mayo and a smidge of mustard. And a pickle and potato chips. And a frosty glass of 2% milk. Duh.
4. Pumpkin Soup. When I was a kid, we lived in Jamaica for about six years. Joyce is also a subject for another post, but the short version is that she was patient, consistent, incredulous, tolerant and kind. She made pumpkin soup, and it was the stuff of legend. I knew that it was oddly earthy and the stuff of a time and place I didn’t really understand, but shockingly, I loved it. For whatever reason, it conjures deeply comforting memories for me. I made it in France to rave reviews from a bunch of depressed people missing their roots, and I made it for my family on Halloween to substantially unenthusiastic reviews. That’s ok. I still weirdly love it.
5. Orange Juice Chicken. I’ve pointed out that I stopped eating meat (with zero craving for it, other than the odd occasional desire for Chick-fil-A nuggets, of all things…) more than two decades ago. The one thing I remember fondly related to meat dishes is that Mom always made orange juice chicken on rice, and it smelled like heaven when I walked in the door. Granted, I probably just miss my sense of smell and obviously, as a constantly hungry teenager everything smelled amazing, but… that’s what I remember. Must find that recipe – my family would love it. 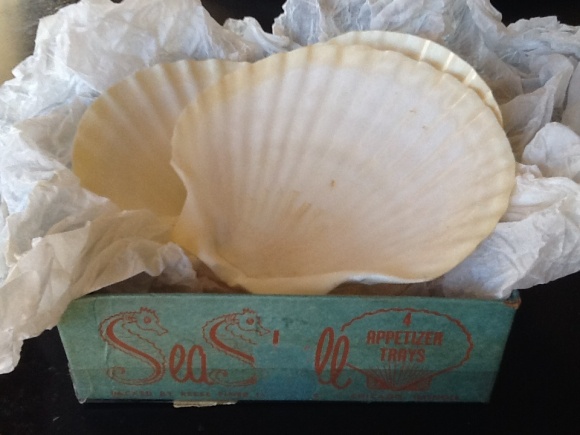 6. Coquilles St. Jacques. Fred and I went to the French Caribbean island of Martinique on our honeymoon. It was bliss. We avoided the tourist-y cruise hotels in the capital of Fort-de-France and instead stayed in little cottages in the small burg of Diamant, where we were basically the only visitors besides some French nationals and locals. We went daily to the little gas station grocery store next door to pick up skunky beer, baguettes and Port Salut cheese. But on our first night, we ate in the hotel restaurant – solo – overlooking the ocean. We had this delicious dish of mixed seafood and traces of melty cheese and breadcrumbs on seashells with a phenomenal white wine. My mom has since given me some serving seashells wrapped in aging packaging (the kind of thing you use once a year at best, but it’s totally worth the storage space), and I’ve recreated the dish on the odd Valentine’s Day or honeymoon. Despite my subpar skills, it’s always been a decadent treat, as special and timeless dishes always manage to be in our mind’s eye. 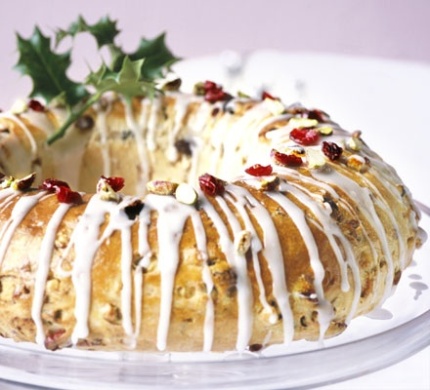 7. Stollen. Say “schtollen” for street cred. Early in their marriage, my parents were stationed in Frankfurt, Germany. I love that they adopted a few customs, and that has probably influenced my thought that traditions can be constantly evolving and representative of our surroundings and experiences, despite the – um, traditional – definition of the word. Short version: Mom makes a beautiful braided stollen for Christmas morning, and I contribute the requisite scrambled eggs, bacon and fruit salad of my youth.

8. Fried Eggs. Most of my life, I ate scrambled eggs for breakfast, and that was lovely. My egg repertoire also included deviled, hard-boiled and poached for a brief fancy spell after Mom bought me some pretty egg-poachin-devices. Occasionally while growing up, I’d eat at a greasy spoon with my Dad (like Smitty’s in Wenatchee, WA which burned down repeatedly but was THE place) and he would order “basted” eggs. That sounded awfully fun. Turns out that was basically over (as in the flipping) easy (as in runny) or medium (a little less so). All of these were basically great in my book, and a rare treat. And then I married a man who offered to fry me an egg, and my life changed. Let me say this: I don’t know how on earth to order it when I go out in public, but I basically want every single egg ever served to me to turn out exactly the way my husband makes them, which is so difficult to communicate to a harried waitress. It might very well be my request for a last meal if I’m ever placed on death row. Heed this advice: find and marry someone willing to occasionally and adeptly fry you an egg, and you will be the luckiest person on the planet. Besides me.

9. Rum Cake. Basically, the first rule of rum cake is that you don’t talk about rum cake. I’m kind of risking my life just by alluding to its existence. It’s possible (but unlikely) in life that you will have a piece of the storied rum cake. It’s even less likely (but ostensible) that you might come across the original recipe in a nondescript cookbook. I have a copy, and it seems like the kind of thing I should probably keep with international passports and unmarked bills in a safe deposit box in the Caymans. However, even with all that said: possessing the recipe is meaningless. Only one person on the planet knows how to make the perfect rum cake, and that’s my Mom. I’m concerned that she still hasn’t allowed me to begin my production apprenticeship, despite being shocked and grateful that I have the (supposed) recipe. She easily makes several dozen every holiday season, and if a rum cake makes its way to your home or business, you’d best be waiting with a fork because it will evaporate into thin air like a thief in the night, leaving only the trademark wrapping it arrived in moments earlier. Bids for the rum cakes to be produced in 2016 are currently being accepted on Ebay. Just saying.
10. Peanut Butter & Jelly Sandwiches. There are the few, the merry few, the band of brothers who know how to make the perfect peanut butter and jelly sandwich, and it would be best to align early in life with those who know how to make it properly. I was shocked and dismayed to discover that there are actually varying ways of making PB&J. This soul-shattering revelation was shared with me by my Dad one day as we made the perfect varietal: a thick layer of creamy peanut butter on BOTH pieces of bread with Welch’s Concord Grape Jelly spilling out the sides. I’m sad to report that my eldest daughter is one of those who mistakenly believes that the PB can go on just one slice of bread and that (gasp!) jelly can occasionally be substituted with honey (which has its merits outside PB&J). I’ve done my best to raise her well, but we can’t control everything as parents. And yes, I hang my head in shame as I report that even I have accidentally purchased Welch’s Concord Grape Jam accidentally. It only happened once, though: I learned my lesson and now carefully walk the straight and (sticky) narrow path to PB&J righteousness. Amen.
11. Breakfast Tacos. Once upon a time, my sister went to college in the land of milk and honey and sopapillas known as San Antonio, Texas. And I am forever grateful. On a visit about five years ago, she took us on several food sojourns (thank goodness she knows what is important in life) to seek such elusive prey as puffy tacos and breakfast tacos. We had a successful hunt on both excursions, taking down the puffy taco with exuberance and learning quickly that the best and only way to enjoy a breakfast taco is as takeout from Taco Taco, or in dire circumstances (such as living thousands of miles away) making your own. These lovely gifts from the gods include scrambled eggs, bacon (for some), fried potatoes (see the trend?) and melty cheese with a side of salsa. And our lives have never again been the same.
12. Wassail. I’d love to wax poetic, but I already have… right here, as a guest post in December 2011 on Arkansas Women Bloggers. Check it out and make you some.
Runners-Up:
Tell me about the flavors of your past and tastes of your youth that make you swoon just a little. This seems like a conversation that should be ongoing, doesn’t it? I mean, I could dream and talk about the meals and restaurants I’ve loved for weeks. Oh! Good thing I have a food blog. Let’s reminisce together! Leave a comment, or write a memory foods post on your own blog and add it to the linky party!
Older
Newer